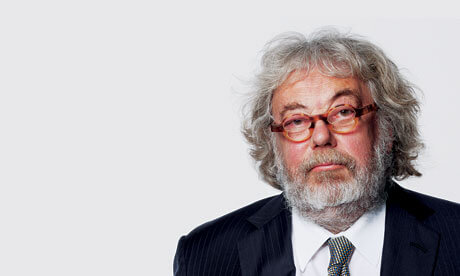 Felix Dennis was a publisher, poet and philanthropist. He was born in Surrey on the 27th May 1947 and sadly died on the 22nd June 2014 at his home in Warwickshire aged 67.

In the twenty years that Felix owned Mandalay Estate, he became incredibly involved in the community of the island, even becoming Honorary Consul to Saint Vincent and the Grenadines in 2010. He considered Mustique his second home and would spend four – five months of the year at Mandalay Estate. In 2014, shortly before his passing, Dennis worked hard to broker a deal to benefit all 12,500 of the countries secondary school children; to provide each with a new laptop computer.

Felix Dennis’ career began after he wrote the first review of Led Zeppelin’s debut album in Oz and he was quickly promoted to co-editor of the magazine. He was involved in the longest conspiracy trial in English history after he and fellow Oz editor, Jim Anderson allowed a group of sixth-formers to edit an issue of the magazine, which included an explicit cartoon strip. This lead to Dennis, Anderson and another Oz editor, Richard Neville, to be arrested and charged with “conspiracy to corrupt public morals”. They were found not guilty of the charge however were convicted on two other offences and sentenced to imprisonment.

After being acquitted by the Court of Appeal, Dennis founded his own magazine publishing company, Dennis Publishing, in 1973. Whilst his publishing career began with publishing cOZmic and Kung-Fu Monthly, he quickly began specialising in publishing IT publications; buying, establishing and selling a number of popular computing magazines.

Away from IT and computing, arguably the most well-known publication to be released by Dennis Publishing was Maxim. After being created in 1995, Maxim went on to become the world’s biggest and best selling men’s lifestyle magazine.

Felix wrote his first poem on a post-it note when he was in hospital in 2001 and within a year he had written his first book of verse called A Glass Half Full. In 2004, he released his second book of verse, Lone Wolf. Both of these books of poetry were accompanied by a book tour for Felix Dennis. A few years later he went on to release a further five poetry books and at the end of 2008, Felix again toured the UK and Ireland with a 12 date book tour.

Away from poetry, Felix also wrote and published two best-selling books about his journey to becoming a millionaire. His first, How to Get Rich, was released in 2006 and the 2011 follow up, How to Make Money.

“A ball of fire is spilling in the sea
The empty sky flamingo-pink and grey
Cicada songs creak out the end of day
A choir of tree-frogs whistle: “Come to me!”