The current owner of Mandalay Estate is entrepreneur and David Bowie fan, Simon Dolan, who bought the property in June 2014. Just like Mandalay’s previous owner, Felix Dennis, Simon has left Mandalay Estate untouched when it comes to furnishing and decor. This means that the house still looks as David Bowie intended. He is the first owner of the estate who has opened up the entire property for holiday rentals. Simon and his family currently spend around six weeks a year at Mandalay Estate, with most of his time being spent in Monaco with his wife Sabrina and sons Bowie and Enzo. 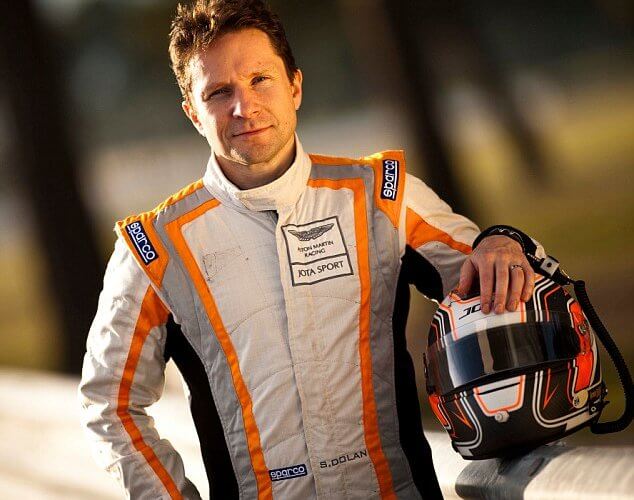 Simon Dolan is from Essex in England and was born on May 20th 1969. Since the age of 13 when he would sell scratch cards on the playground, Simon has had an entrepreneurial flair. He left school at 16 when he tried to break into the music industry before joining an accountancy firm. At 23 he found himself unemployed and with his final £10 put an advert in the local newspaper, offering his services to complete peoples end of year accounts. It was then that Simon’s first major business; SJD Accountancy began.

Since beginning SJD Accountancy in 1992, which was the biggest specialist contractor accountants in the UK, Simon has invested in a number of other businesses including; PHA Media, Jota Sport, Contractor Umbrella and Destination Board Games. Simon sold SJD Accountancy in 2014. In 2017 Simon lauched Dolan Accountancy.

Simon began sharing his knowledge with fellow business owners in 2010, where he used social media platform Twitter to invest in startup businesses through pitches tweeted to him. This gave him the nickname ‘Twitter Dragon’. The idea behind having ideas pitched via a 140 character tweet was to ensure that entrepreneurs could stay focused when explaining their business.

In his 2010 autobiography, How to Make Millions Without A Degree: And How to get by Even If you Have One, Simon charts his success from school-leaver to multi-million pound business owner. His publishing debut provides valuable advice to anyone looking to follow in his footsteps as he gives actionable tips to readers who are looking to pass university and instead begin their own business.

Being a huge fan of motor racing, Simon created his own team in 2008; Jota Sport. In 2010 the team signed an agreement to become an official Aston Martin partner team in motorsports.

Off the circuit, Simon and his Jota Sport team were the stars of the documentary, Journey to Le Mans. Le Mans, a 24 hour race, is often considered one of motorsport’s biggest challenges. Directed by Charlotte Fantelli, the film follows the highs and lows of the Jota Sport team on their bid to win the 24 Hours of Le Mans in 2014. The film is narrated by Patrick Stewart and Tiff Needell. Fantelli had said that her ambition for the film was to portray an accurate representation of what it feels like to be a motorsport racer. Simon and his team mates Harry Tincknell and Oliver Turvey went on to win the race.

Book your stay at Mandalay Estate

If you’re interested in booking a stay at the beautiful Mandalay Estate, do not hesitate to visit our contact us page. For more information about the villa and it’s features, visit our about Mandalay Estate page.